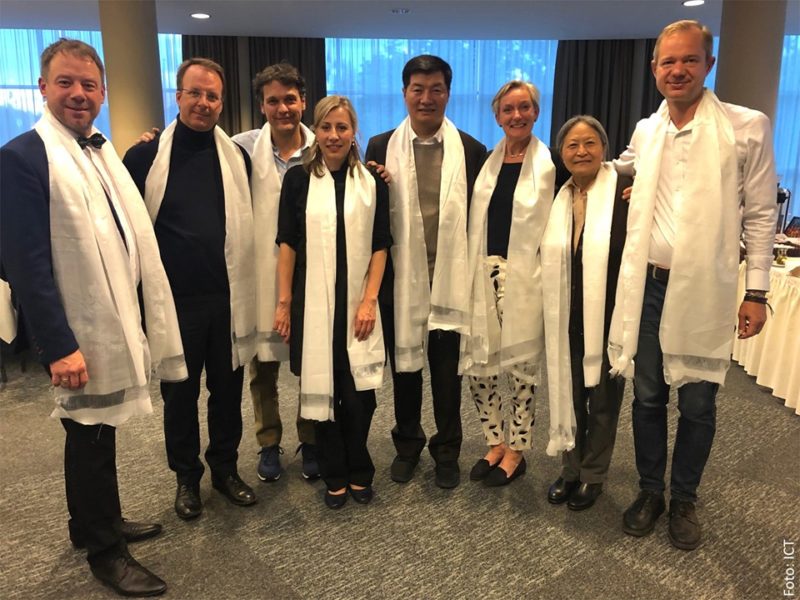 The Riga Declaration
7th World Parliamentary Convention on Tibet
7-10 May 2019, Riga, Latvia
WHEREAS:
We, the delegations to the 7th World Parliamentarians’ Convention on Tibet meeting in Riga, Latvia, from 7-10 May 2019;
Recalling the findings and statements of the previous six Conventions held in New Delhi, Vilnius, Washington D.C., Edinburgh, Rome and Ottawa, and having reviewed the activities and programs that resulted from these meetings and their impact;
Appreciating the strong participation from countries all over the world at the Convention;
Thankful for the participation of those members of Parliament who came to Riga despite having been pressured by the Government of the People’s Republic of China (PRC) not to attend, and deeply concerned at the PRC’s attempt to stop them;
Deeply concerned about the reluctance of the PRC to resume the dialogue with representatives of His Holiness the Dalai Lama since 2010;
Recognizing the urgency of resolving the international Sino-Tibetan conflict caused by the invasion of Tibet by the PRC in 1949/50 and its illegal annexation in 1951;
Having reviewed the grave situation in Tibet as well as the policies of the Government of the People’s Republic of China (PRC) in relation to the Tibetan people;
Recognizing the critical role played by parliamentarians and parliamentary bodies in raising awareness of the grave situation in Tibet with governments and international institutions and in formulating policies in support of the cause of the Tibetan people;
Recognizing that respect for international law is a precondition for peaceful relation between States;
Expressing solidarity with all others suffering oppression under the rule of the Government of the PRC;
WE THEREFORE:
Reiterate our firm conviction that the Sino-Tibetan conflict can be resolved peacefully through negotiations between the government of the PRC and envoys of His Holiness the Dalai Lama;
Reaffirm that Tibet has historically never been part of China, that it was invaded in violation of international law and has since been under illegal occupation by the PRC, and that consequently Tibet has not lost its Statehood under international law;
Reject the false claim of the Government of the PRC that Tibet has been a part of China since ancient times and reject as unacceptable its demand that His Holiness publicly accept this claim as a precondition to substantive talks;
Recall that it has been 60 years since HH the Dalai Lama old into exile to India where he reconstituted the Tibetan government, the Central Tibetan Administration, which is currently democratically elected and is the legitimate representative of the Tibetan people;
Acknowledge that it has been 60 years since His Holiness the Dalai Lama fled into exile in India where he set up a democratic government representing the Tibetan people;
Express solidarity with the Tibetan people in their non-violent struggle for their rights including their right to self-determination;
Deplore the assaults on the Tibetan culture, language, religious practice and way of life of Tibetans, as well as the continued population transfer of Chinese into Tibet, which gravely impacts these and other aspects of the Tibetan identity;
Recognise the critical role of the Tibetan Plateau with respect to world climate and climate change, as well as the importance of the Tibetan rivers as the source of water for much of Asia’s population;
Express concern about the environmental degradation on the Tibetan Plateau, which led to an unprecedented number of natural disasters since 2016, primarily caused by excessive resource extraction and dam construction, as well as the accumulation of waste and dumping of toxic waste on the Plateau and in Tibet’s waters;
Express concern at the dire situation of nomads who have been forcibly resettled into new towns and who are deprived of the basic necessities of life;
Are deeply concerned and saddened by the 153 Tibetans who have set fire to themselves in protest against Chinese rule in Tibet and while calling for the return of His Holiness the Dalai Lama to Tibet;
Express concern at the increasing security measures taken in Tibet that curtail the freedom of expression, religion and movement of the Tibetans;
Express concern at the PRC government’s harassment of Tibetans living in exile and its in situation of disharmony within Tibetan communities in exile;
Recognize that the Middle Way Approach is the most viable approach to peacefully resolve the Sino-Tibetan conflict; and endorse the principles set out in the Memorandum on Genuine Autonomy for the Tibetan People, which provide the basis for a realistic and sustainable political solution to the issue of Tibet;
Affirm that the Buddhist practice of identifying and recognising the reincarnation of Dalai Lamas and Tulkus is a religious matter that should not be subject to external political interference by the government of the PRC;
Call on parliaments and governments to challenge and impede the PRC Government’s use of sharp power to manipulate and divide societies and its abuse of cyber space;
Welcome the adoption of the Reciprocal Access to Tibet Act (RATA) by the United States in December 2018 as well as the Global Magnitsky Human Rights Accountability Act and urge other countries to speedily adopt such legislation;
Urge governments to act in ways that more truthfully reflects the sentiments of the people in their country towards Tibet and its people;
Urge parliaments and governments to receive leaders and other representatives of the Central Tibetan Administration to discuss all issues pertaining to improving the situation in Tibet and resolving the Sino-Tibetan conflict;
Call upon the Government of the PRC
to end the repression of Tibetans, the violation of their fundamental human rights and freedoms, to end its control of the cultural, religious and social life of Tibetans and to release the Panchen Lama, who has been held captive for the past 24 years;
to give unimpeded access to Tibet to foreign journalists, scholars and researchers, diplomats and other foreign citizens, including those of Tibetan origin;
to cease its policies and practices that harm the natural environment of the Tibetan Plateau;
and to resume the dialogue with envoys of His Holiness the Dalai Lama without preconditions.